On February 9th, just days before their birthday, identical twins Judith Tait and Joan Khouzam-Roberts closed on the Conservation Easement of their 156 acre dairy farm. The fun-loving sisters were excited to preserve their father’s legacy of farming the land they grew up on in Andes, NY. From a family of five sisters, Judy and Joan helped their father throughout the years and eventually Judy took over the operation. Having four daughters of her own, she hopes that her girls will continue in her path and take over the farm one day, making it a third generation operation.

A small dairy operation with a mixed herd of Jersey and Holstein cows, Judy is still the primary operator of the farm. Joan “helps shovel” a few days a week, and jokes that farming is the best therapy there is. She should know- she has her own business as a local Nurse Practitioner. Merry Breeze Farm became a participant in the Agricultural Program in 1999, before their father Viggo Skovsende transferred the farm and land to them. Since their father’s passing in 2015, Judy took on additional roles including planting and harvesting crops. “Dad always wanted to keep this an operating farm” said Joan, and the easement is what made this possible for them. The sisters had many reasons a Conservation Easement was the right choice for them including preserving land, preventing development, paying debt and paying help. “As you can imagine, you can get into debt farming, the money from the easement really helped” said Judy.

“The Ag Program has been a great resource. They have encouraged practices that we wouldn’t have otherwise adopted” said Judy. The Whole Farm Plan was approved in May of 1999 and in 2001 a milkhouse waste pump system was installed to treat the effluent in a grassed filter field instead of it being directly discharged into the stream. Judy stated they were one of the last farms in the area to make this change and it “made life so much easier, we had no idea! …WAC has been great, they test the soil and have helped us so much over the years.” The farm grows 12 acres of corn silage, 97 acres of grass hay and has 26 acres of pasture. They have participated in the Conservation Reserve Enhancement Program (CREP) since 2002 and have enrolled for a total of 4.17 acres to be protected as riparian forest buffers and .7 acres where fencing will provide livestock exclusion from watercourses on the farm. Future conservation practices will include roofed barnyard facilities for the dairy milking herd and young stock as well as a short term manure storage.

A bluestone quarry is also located on the property and is one of the 15 Reserved Rights conservation easement landowners retain. “You can do pretty much anything except parcelize the land and build in areas not designated” stated Judy. The only challenge with acquiring the easement was “a lot of paperwork” in an otherwise pleasant experience according to Joan. Joan and Judy both had high praise for the WAC staff they worked with, they found them to be very helpful and kind throughout the process. When asked if she would recommend farmers to move to the area Judy stated “Yes. People don’t realize how good the programs are here, the benefits there are for farmers or how beautiful it is.” To that, we couldn’t agree more! 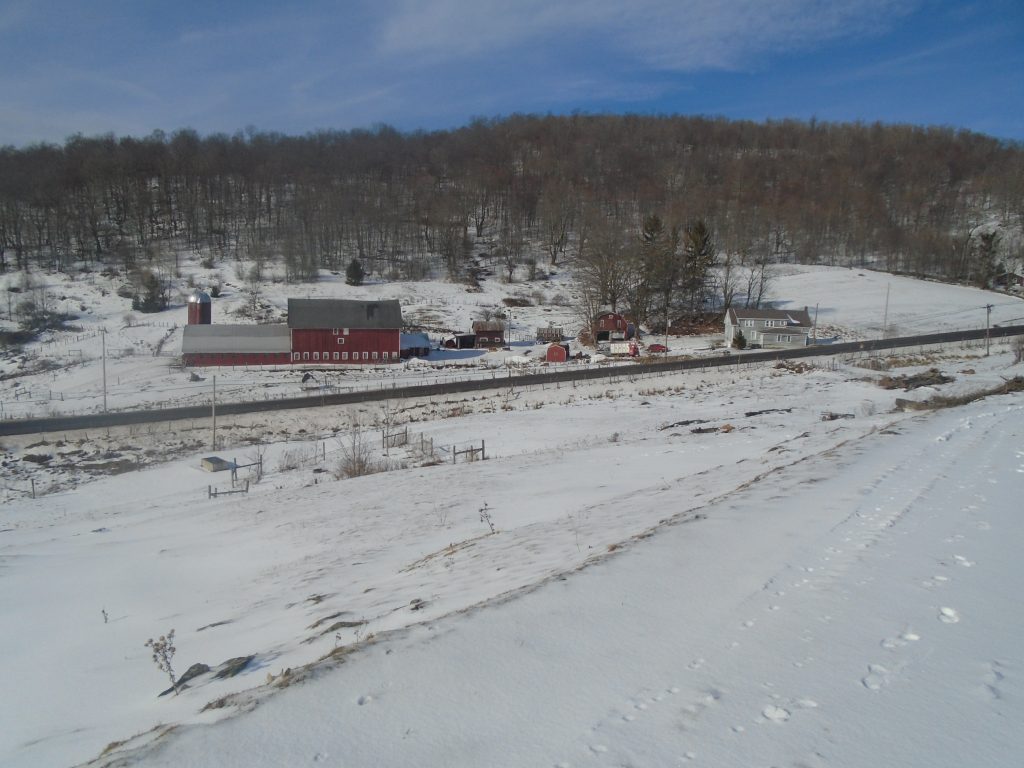