The tour began at the Mark MacGibbon Farm a 110 cow/calf beef operation located in Walton, NY. Various Best Management Practices (BMPs) have been implemented over the years including exclusion fencing, a covered feeding pad and a ground manure storage. The second stop was in Hamden at the 4th generation Springdale Farm operated by the Moody Family. The dairy herd consists of mostly Jerseys and a few Holsteins, with a milking herd of 55 cows and 45 youngstock on close to 300 acres that are rotationally grazed and hayed. Active in the program since the mid-1990’s, various BMPs have been installed over the years including solar calf housing and an uncovered concrete dairy barnyard that have surpassed their lifespan and are both on the docket for repair. A riparian buffer was established in 2000 through the Conservation Reserve Enhancement Program (CREP) and was re-enrolled in 2016. The farm participates in the Nutrient Management Credit Program and Precision Feed Management Program.

The third stop was along State Highway 10 in Hamden at the Delaware County Soil and Water Conservation District Streambank Stabilization project. The site is a major drainage area in the headwaters of the Delaware River system. The proposal was to construct an armored bank with rip rap approximately 6 feet high and with a 3 feet deep toe along the eroding stream bank for approximately 450 feet. Upon completion a 100’ riparian buffer was planted along the stream bank.The DCSWCD Stream Corridor Management Team worked closely with WAC Easement Stewardship Team throughout the process of this project as one of the properties involved also holds a WAC Conservation Easement. (View photos of construction here.)

The next stop was Lucky Dog Farm, a 160 acre Certified Organic Vegetable farm in Hamden. Richard Giles and Holley White started the farm in 2000, became Pure Catskills members in 2004 and enrolled the farm in a WAC Conservation Easement in 2005. The farm participates in CREP and has planted riparian buffers on the Delaware River streambank and has enrolled in cost share program for high tunnel greenhouses and a buried irrigation system. Richard sells produce locally in his farm store as well as driving to NYC twice a week with products from multiple Catskills producers via the Lucky Dog Local Food Hub, delivering to NYC restaurants and markets.

The final stop was the Delaware County Solid Waste Management Center. Sue McIntyre graciously guided the group through the facility’s state of the art recycling and compost centers. The cutting edge system is able to compost or recycle a majority of waste brought in (including household waste in trash bags), free of charge to Delaware County residents, enabling the site to be used to an additional 20 years past it’s projected lifespan. A “model for the country” of how to properly manage waste in a environmentally conscious way.

Read more about each stop in the 2017 Ag Tour Program here. 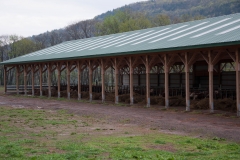 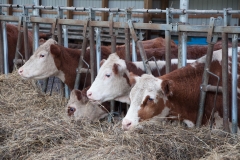 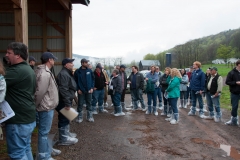 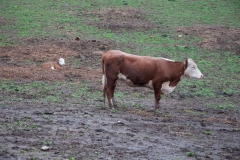 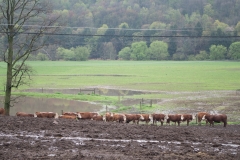 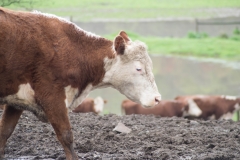 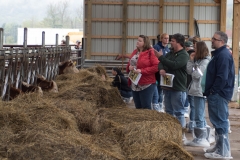 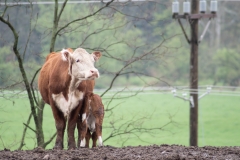 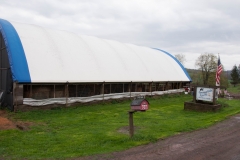 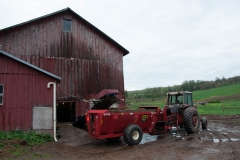 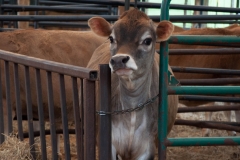 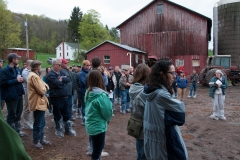 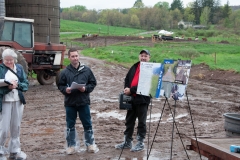 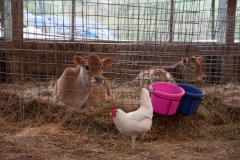 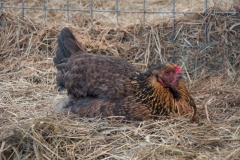 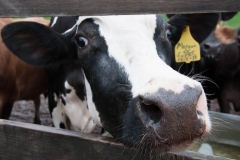 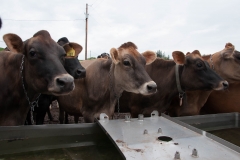 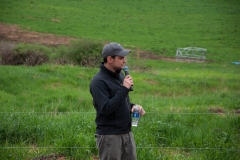 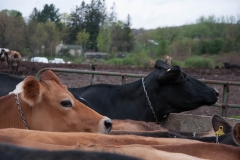 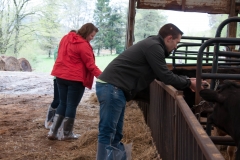